Welcome back for another week of meal prep!

This week’s menu consists of the following:

Regular low country boil contains potatoes, so I wanted to make this a lower carb option by finding a good replacement for the potatoes – in this case, I used rutabaga and jicama (far lower right).  All in all, I used the following ingredients:

I’m busy, so I made this in foil packets to speed up the process and have it already divided up for individual dinners.  Basically all I had to do was dice and slice my ingredients, then add a little of each to each foil packet.  I only used a small sprinkle of the Old Bay to help keep sodium to a minimum, hence why I decided to use the Ms Dash chipotle seasoning as well.  And yes, I know corn is considered a carb (19g of carb each); this is where you’ll have to factor that into the rest of your day and make sure you get in your workout too.  Or if you’re really carb conscious, you can leave it out. 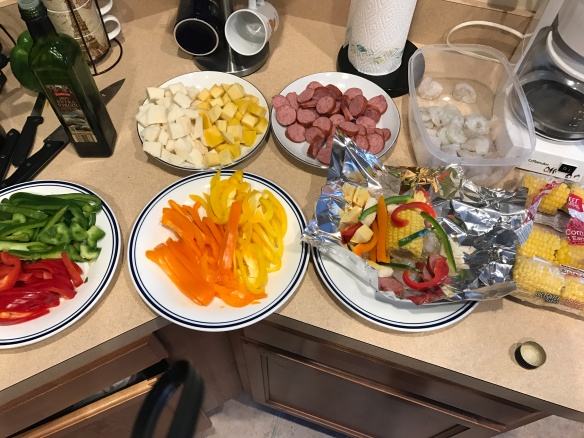 Seal each foil packet, bake for an hour, and done.  It came out nice and moist and flavorful. 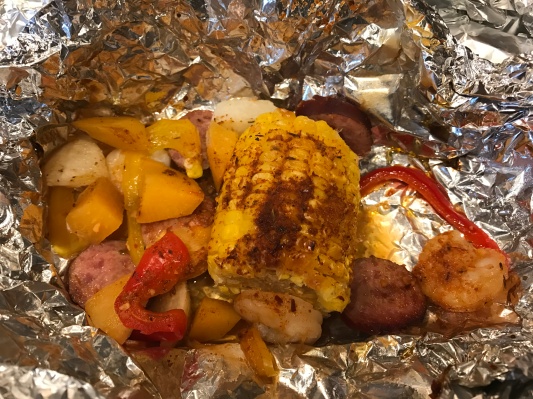 Marinated chicken with a spring salad

Again, I needed a quick and easy option, so I decided to go for a salad and protein. 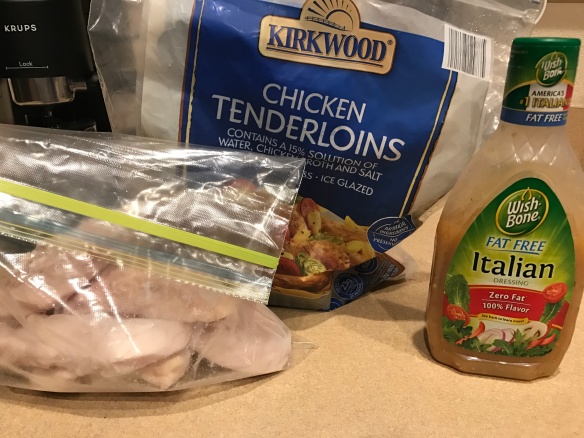 To make the chicken more flavorful, I marinated it overnight in fat-free Italian seasoning.  The next day, I just pan seared it until done. 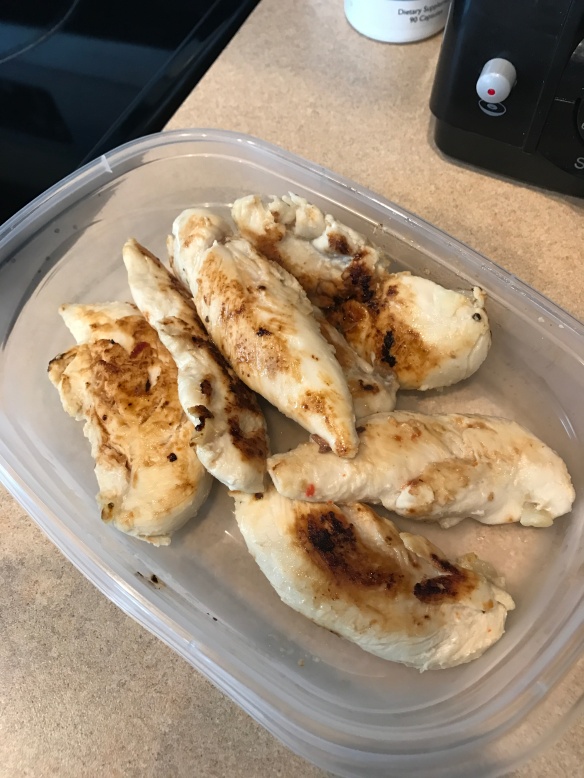 For the salad, I decided to use a pre-made salad mix from the grocery store, which contained greens such as spinach, romaine, chard, arugula, and radicchio.  I also added the multi-colored peppers, along with green and red onion, olives, and tomatoes.  Isn’t that a good-looking salad?!  And once you add in the crumbled feta and sliced almonds (toasted for only a few minutes in the oven), you’ve got a complete meal.

Nothing different from this recipe from how I made it several weeks ago.  Only thing that was different was that I actually thought ahead and put down some foil on my griddle since it was hard to clean…of course it would have been even smarter to use the good non-stick aluminum foil instead of the cheap kind from the dollar store, but oh well…. 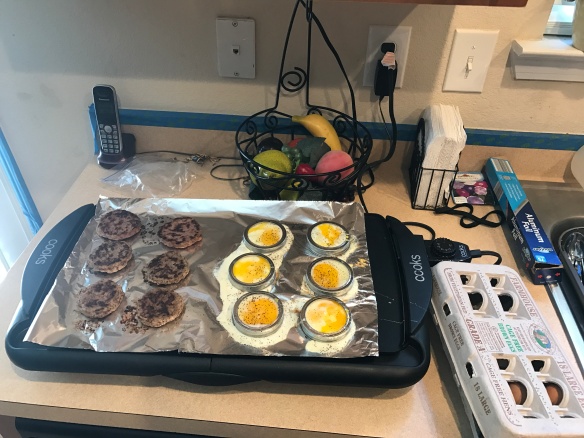 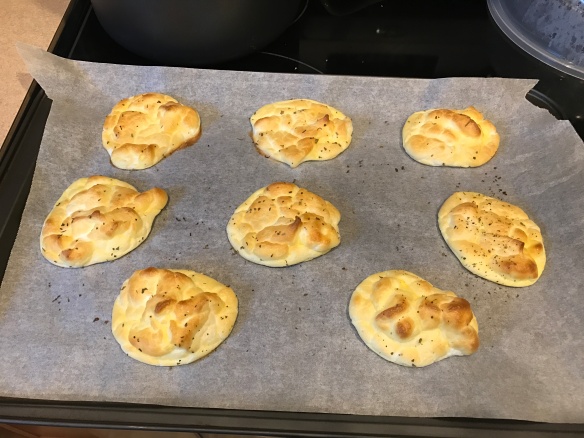 …they still came out fabulous! 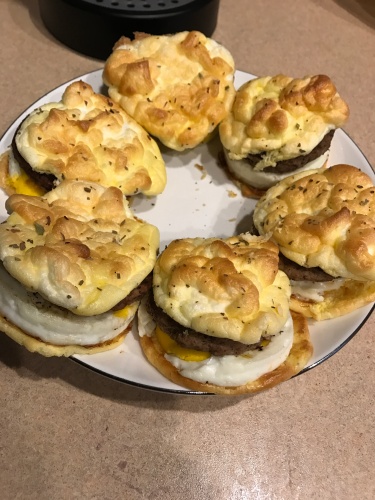 As usual, I have a few snacks set up for the week – strawberries, Halos, tangelos, honeydew melon, water melon, pistachios, Chobani Greek yogurt, Larabars, Hormel Turkey pepperoni, pork rinds, mozzarella cheese sticks, and fresh kale I can use to make kale chips later on in the week (I tried making them in advanced before and they don’t keep well).

So, what are you all having for this week?  I’d love to know!

PS – I did not do my meal prep last week because I was out-of-town and didn’t back until really late.  BIG MISTAKE.  With my schedule, I just don’t have time to cook during the week, so next time I’ll be sure to make even more in advanced if I have to go out of town.  I made a ton of mistakes, but this week is a new week.  Take care everyone!